Beppu Onsen on Oita's east coast, is one of the most famous hot spring towns in Japan. It produces more hot spring water than any other place in the country, and the view of the townscape with plumes of rising steam is striking. Beppu is especially famous for its “hells,” (jigoku), hot springs that reach over 100 degrees Celsius. Although they are too hot to soak in, each has a different character.

The hells are located in the hills north of the main town; five in the Kannawa District and two in the Shibaseki District. Within the districts, you can walk to the other nearby hells, but the two areas are 3km apart, so most people bus or drive between them. The most beautiful hell is Umi Jigoku, or “Sea Hell,” a pool of milky blue water, shrouded in steam. The grounds also feature a large garden with several smaller, orange-colored hells.

Another spectacular hell is Chinoike Jigoku or “Blood Pond Hell”, which is bright red, thanks to the high levels of iron and magnesium in the water. You can have lunch at Kamado Jigoku, (Cooking Pot Hell), where you can cook a basket of eggs and vegetables in the hot spring's steam.

Close to Beppu Station, there are many hotels with different types of baths, that are cool enough for bathing, from regular hot springs to mud, steam and sand. Takagawara is one of the most famous hot spring hotels, built in 1879. It welcomes day visitors.

Nearby Hells of Beppu

Recommended by our writers 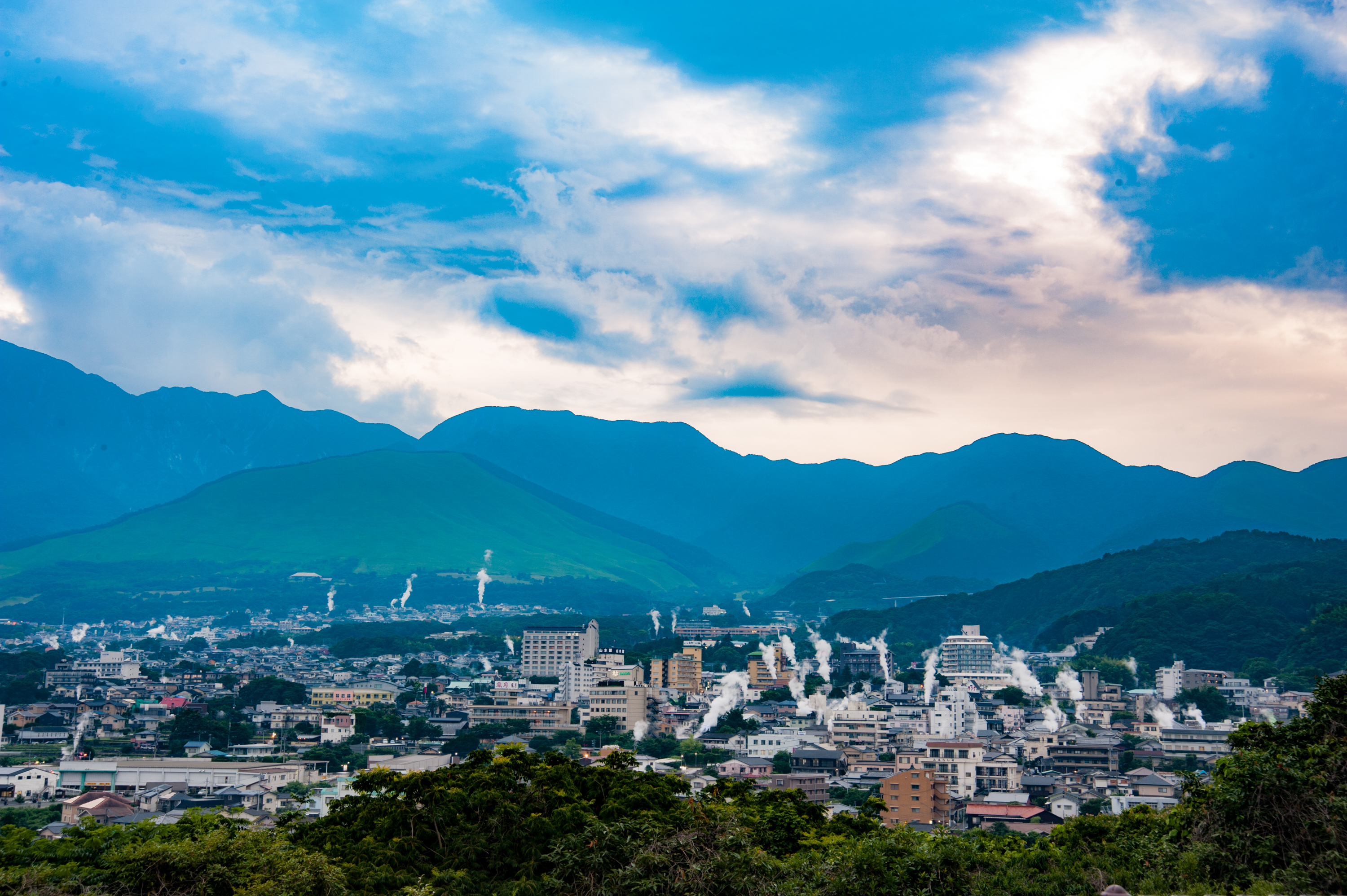